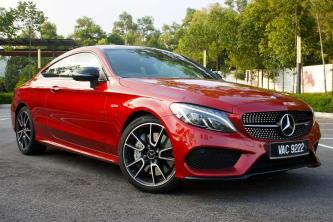 Mercedes-Benz C-Class and E-Class Coupe to be discontinued

The writings on the wall for Mercedes-Benz’s slow-selling models, as the company aims to axe at 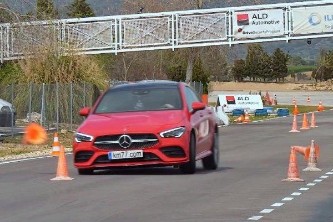 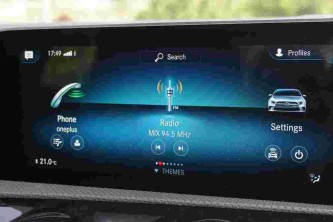 Mercedes-Benz MBUX is the best out there, but..

Mercedes-Benz User Experience, or MBUX for short, is the company’s latest and greatest infotainment 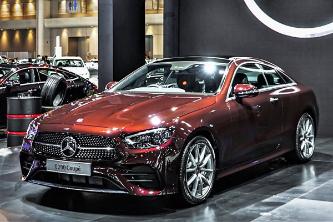 No moratorium for Mercedes-Benz Malaysia's customers, but customers are OK with it

launch in Thailand, the company made several references to the GWM Pick-up (sold as the Pao in China, Ute

Mercedes-Benz GLC Coupe facelift – so what has changed?

The original Baby Benz – The history of the Mercedes-Benz W201

When the Mercedes-Benz W201 made its debut in December 1982, its looks were far from unique.

The 2020 Mercedes-Benz GLB has been caught undisguised in Indonesia, hinting that the model will be launched

exports have yet to begin.Australia is Isuzu’s second biggest market in the region and Isuzu Ute

Well, since the oil-burner isn’t that popular here, we will miss out on this 2021 Mercedes-Benz

Seen here is a spyshot of the all-new (W206) Mercedes-Benz C-Class without any camouflage.

The all-new third-generation Mercedes-Benz B-Class is expected to be launched in Malaysia soon, as we

Based on photographs of a camouflaged 2021 Mercedes-Benz C-Class W206,we decided to have a go at peeling

With its launch slated for September, Mercedes-Benz will be releasing more videos surrounding its all-new

Alongside the introduction of the all-new W223 Mercedes-Benz S-Class, the Stuttgart-based also gave its

Mercedes-Benz Malaysia gets connected with Mercedes me services

2021 Mercedes-Benz CLS facelift at Shanghai Auto - this or the Audi A7?

Remember the Proton Preve Ute that was rumoured to be the Proton Arena 2.0?

But clearly, most of us have forgotten that Malaysia also has a one-off Proton Preve Ute on our roads.The 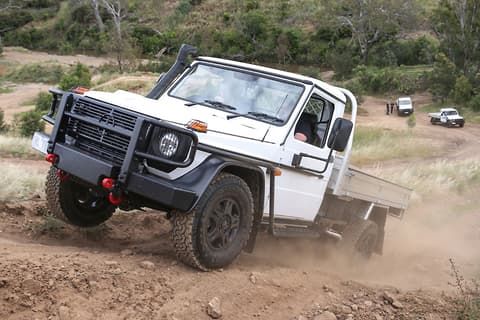 Mercedes-Benz X-Class ute to be a key option for Australian buyers, company claims

Mercedes-Benz X-Class ute to be a key option for Australian buyers, company claims

Local testing and feedback will inform development of new Mercedes-Benz ute from next year http://t.co/FSsAGMpHDg http://t.co/qwTA9ekpvC

Mercedes Benz wins Ute of the Year. The world is turning on its head. Dockers in 2019. https://t.co/IoHxCZug3b

One lucky attendee of tonight’s Cranbourne Industry Racing Awards will win a whole week in this Mercedes-Benz X-Class Ute thanks to Mercedes-Benz Mornington! https://t.co/h4rlaPWklR

Better pictures of next year's Benz X-Class ute. Taken for the overnight reveal of the production truck in South Africa. https://t.co/9MrJFDfvxs

BMW, Audi and Mercedes Benz are all premium brands that have a very rigid product line. That is, they offer the same cars in every market where they have presence (with minor adjustments, which are in function of the regulations of local markets). In addition, for commercial reasons they may even omit selling certain models in a market. Designing, engineering and building a premium Pick-up truck for commercial use ,à la Chevrolet or Ford, would only make sense, from a commercial point of view, to sell in North America. Also, consider the fact that most models of BMW, Audi and Mercedes Benz are developed based in the preferences of the European market, specially the three brand's native German market, which does not have the same demand for Pick-up trucks as the North American one. However, BMW built a functional, 1 out of 1 concept ute (as they usually call pick-up trucks based in actual ,car models) back in 2013, which was based in an M3. Fact is, BMW engineers built it as a sort of April Fool's joke, and was never intended for production. Also, Mercedes Benz has expressed interest in building a mid-size pick-up truck intended for emerging markets (specifically Southeast Asia and South America), to be sold under Mercedes's commercial vehicle division, which will be built, according to media reports, by Nissan. It wouldn't make sense for Audi to have a pick-up truck in its product line, as it is owned by a greater group, Volkswagen AG, which already sells a pick-up under the Volkswagen brand: the Amarok.

What are the types of car?

What is the best car to get for under 7k?

Depends on your needs: Micro: Hyundai Accent Best small car: Toyota Corolla, Honda Civic Mid size: Ford Fusion, Chevy Malibu or Mazda 6 Full Size: Ford Crown Victoria or Lincoln Town Car. Also consider Acura RL Luxury: Acura TL 03 to 04 and consider the ES300 Pick up: F150. For a small pick up, consider a GMC Canyon Sport Utility (cute utes): CR-V or Equinox Full size SUV: GMC Yukon This are based on cost of repairs, parts availability, cost of ownership and fuel economy. These cars and trucks have avoided many pitfalls of used car ownership. Even a good reliable car can be a nightmare if you or the previous owner did not do any maintenance. Cars to avoid like the plague: Dodge Neon and the successor Crosstour Chrysler Intrepid BMW 7, 6, 5 series especially ‘M’. Mercedes Benz that are post 1995, especially ‘AMG’. ‘GL’ and ML are terrible to own used. Mazda “RX” and “MX”. Outside the car's built with Ford’s ownership. Good luck and leave a comment.

Why do high end cars have five lug nuts whereas regular cars have only four?

I like the implications of this question, my Mercedes Benz has five lug wheels, but my ute, a Mazda masquerading as a Ford has SIX… Does this make it BETTER than the Mercedes? The question sort of implies that it just might be so…

What do you like most and least about your Infiniti QX30?

The highly stylized QX30 attempts to connect the experience of compact hatchbacks and high-riding crossovers. Its unmistakable sheetmetal is straight from Infiniti’s design studio, but its platform and powertrain are courtesy of Mercedes-Benz—specifically the CLA- and GLA-class. The little luxury ute shares their 208-hp turbo four-cylinder and seven-speed automatic transmission. Front-wheel drive is standard; optional all-wheel drive also adds a raised suspension. The QX30 boasts a nicely crafted interior, but it feels cramped, and cargo space is limited versus bigger alternatives. Despite the practicality issues, this hatchback heartthrob thrives on active handling and expressive styling.

What was your first vehicle and your current vehicle?

Did either Chrysler or Mercedes Benz derive any benefit(s) from their merger and subsequent split?

Merecedes Benz owned Chrysler/Dodge and Jeep. I would have hard DaimlerChrysler was burnt by the Alliance with the he threw American car company al, he money and R&D poured into making there cars better they Did not at all he Hemi engine had been rebirth a larger American car based on 20 year old E series mercy they did a lot of engines though the 3 litre V6 diesel thy used the 2.7 litre I5 turbo diesel until it was phased out. I thi k Mercedes Benz was burnt badly at lot the Alliance with Renault and Nissan with Np300 Pick up truck and the X-Class pick up. They were burnt there badly that there try to the Alpha dog in the Ute market the toughest competition was the VW Amarok pick up truck.

Will other luxury car brands besides Mercedes make pickup trucks?

Cadillac and Lincoln have both sold pickup trucks under their brand names before. The average sales prices of the F-150, Silverado, and RAM 1500 and the proliferation of many luxury trims suggest there is room in the market for luxury brands and that perhaps Cadillac and Lincoln were just a bit too early. It is also worth noting that the Mercedes-Benz isn’t an entirely premium brand in Europe like it is in the United States and some other markets. The X-Class is based on a Nissan Frontier and in lower trims is sold with a utilitarian interior, similar to Mercedes-Benz’s Sprinter and Metris vans. Mercedes-Benz has a significant heavy duty truck business and a business relationship with Nissan/Renault to justify producing both luxury trims and utilitarian trims of the X-Class. BMW neither has the commercial vehicle business nor the reputation for rugged off roaders for a BMW pickup to have an easy route to market. The few markets where a BMW pickup truck make any sense would be Australia where car based utes are extremely popular, and North America where many pickup trucks are just purchased as luxury commuter vehicles. BMW doesn’t have a body on frame platform (all BMW SUVs are crossovers) and it makes little sense to develop a truck from scratch. They could perhaps work with Toyota and rebadge one of their trucks, though a Tacoma would not drive like a BMW should. The most sensible option would be to share a platform with an existing crossover and make a light truck similar to the Honda Ridgeline.

For Nissan Frontier owners, what advice would you give to someone who might buy one? I'm looking for a base model 2019 Frontier with the manual transmission. Are there any known issues?