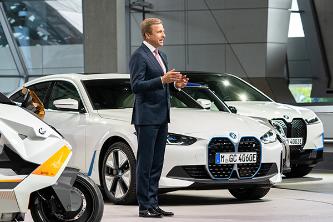 Instead, this is a REEV (Range Extended Electric Vehicle), like a Chevrolet Bolt, or a BMW i3 equipped 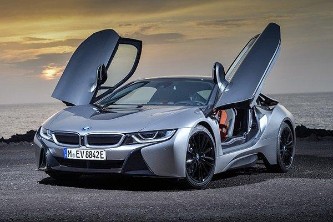 The carbon-fibre dream dies with the BMW i8

In 2011, BMW unveiled the i8 and i3 concepts, two cars that didn’t have faux-carbon fibre stickers 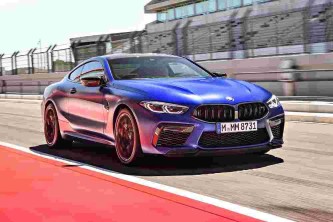 range extender engine was also speculated to complement the electric-only variant, in the same way BMW

Who Can Duck Out From The BMW’s Axing?

Bitter, but model cutting is an obligatory course for BMW to go through this gloomy course.Majority of

Half of BMW’s engines will be gone by 2025, EV variants to cover 90% of segments

dealerships, specifically the ones that carry the BMW i branding.

Take a look at our list of the cutest cars in the world!

Unfortunately, BMW has since discontinued the car as of 2020.BMW i3BMW’s i-Project seem intend

Hydrogen-powered BMW NEXT Concept picturedThe journey towards sustainability has never been easy.

Like it or not, BMW drive towards its electric ambitions is only accelerating.

Is the road tax actually cheaper for electric cars in Malaysia?

Revealed: the new #Audi AI:me, a semi-autonomous, electric powered city car for the megacities of tomorrow. Kinda like a slammed BMW i3, then? https://t.co/I1WV0JCbcE https://t.co/g1uxNIiEZR

Slammed BMW I3: A few weeks ago we were approached by a BMW I3 owner to make the car a little more like his ta... http://t.co/RlzBkd7ZCP

How fast can an electric car go in reverse?

Fast, real fast. How do I know? I had a BMW employee driver in a BMW i3 knock me off a BMW R1200RT that I was test riding from the showroom. There was no reason for her to reverse after seeing a car coming as she pulled out, the young driver just panicked for no reason and slammed the i3 into reverse. Oh, and the horn on the BMW R1200RT would not do justice to a scooter.

Have you ever crashed a car during a test drive?

Brand new BMW R1200RT and a brand new BMW i3. As I go to leave the showroom parking lot on the BMW, the i3 in front sets off from the parking lot in to the road and I set off behind her, she changes her mind when a car comes around the corner and slams the i3 in to reverse to go back in to the space that I had now occupied on the RT. Around £3500 ($5000) worth of damage to the bike and the car (back of the i3 exploded in to a million bits of glass) and I never even got off the parking lot. Both the car and the bike belonged to BMW and the driver of the i3 was a BMW employee.

Is the Tesla model X worth the price?

Do you think the BMW i3 was purposely designed to be ugly as a way for those driving it to virtue-signal that they are environmental?

I really don’t see the “Ugly” in it at all. Actually it looks to me like a futuristic cross between an AMC Gremlin and a Pacer. The Gremlin had a cool name and if the right wheel and tire combo were added, (Not to mention air-shocks to get the right “Rake” , or “Stance”,) was pretty cool, especially if a V-8 were shoe-horned in it. The pacer though, what can you say other than it WAS an ugly little Bubble-Car. The guitarist in a band I was in right after High School was “Gifted” one by his parents, (Thanks Mom and Dad!) We spent many hours trying to conceive some way of making this horrible little car “Cool”, and the only way was to “Chop” the top, and take about 6 inches, Or more, out of the glass and slam the roof down on it. Unfortunately, this was way too much money to spend on a car that already needed way to much TLC to begin with. So we tortured this poor car in every conceivable way imaginable. I think one time we spent an afternoon stuffing the thing with every piece of band equipment we had at our disposal until the only other thing able to fit in it, was the driver - and he barely fit in it then, and the body hung so low, that the fenders started to rub the sides of the tires! Another time we rounded up all the people we could, The exact count is lost to Short Term memory syndrome, or something. But we had an incredible amount of people in this car, stacked one on the other, and the back hatch open and arms and legs hanging out every which way. I think we even got stopped by a Policeman, who when the prank was explained nicely to him, let us go directly back home with a warning, and how many people could LEGALLY ride in it at one time. I wonder what ever happened to that horse? Other than it was “Ridden Hard, And Put Away Wet!” So the i3 is by no means “Ugly”, and there are quite a few things a creative owner could do to “Accentuate the Good things, and Tone down the not - so - good things,” You know , Like make-up ? A good source for ideas might be an online car parts supplier like CARiD.com. Here, I’ll make it easy on you and give you a direct link to all their parts for a 2019 BMW i3. Just go through the site, and pick out what you want to make the vehicle less “Pedestrian,” and more you, or “chic,” or “rad,” or whatever floats your boat. Because that is the real reason for owning and driving a car - To let that inner Van Gogh loose on the streets, and be seen, and heard! And any time you start to feel that your BMW is “Ugly,” just pretend that it is an AMC Pacer. That ought to do it it, For awhile anyways. 2019 BMW i3 Accessories & Parts