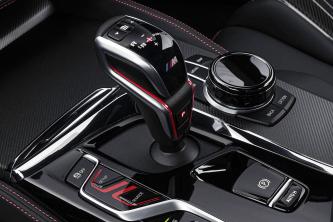 Why are Audi RS and BMW M ditching DCTs in favour of torque converters?

With the recent launch of the Audi RS6 and RS7, plus the BMW M3 and BMW M4 performance cars on our shores 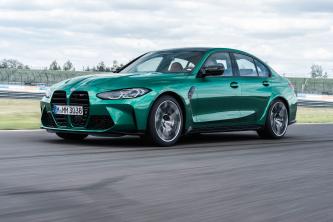 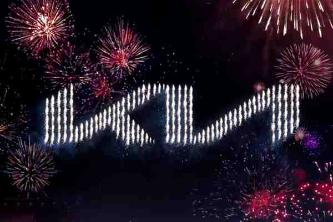 Kia patents 'Movement that Inspires' slogan with new logo, to come in 2021?

sources, Kia has already taken the old Kia Motors logo off its headquarters and recently filed for a new slogan

years, the BMW M3 (and its coupe spawn, the M4) is largely unchanged from the 3 Series (or 4 Series)

Evolution of the BMW M3 – M Power or AMG?

One happy result of such requirements is the BMW M3 derived from the 3-series.The M3 name has been around

Earlier this year, BMW Malaysia introduced the BMW 320i to the G20 3 Series lineup and was subsequently

Yesterday, we published the leaked prices of one of BMW’s upcoming additions to the G20 3 Series

The rivalry between BMW M GmbH and Mercedes-AMG is as eternal as it goes.

BMW Malaysia today unveiled a new variant to their 5 Series line up in Malaysia with this, the 2021 BMW

before, seen the spyshots, covered the development but one thing remains certain - the all-new 2021 BMW

For generations, the BMW M3 was sold as a sedan, a coupe, and a convertible - the latter 2 became the

might not even notice.I’m thinking of this as I look at the official photos of the latest G80 M3

Evolution of the BMW 3 series in 7 generations – still the ultimate sedan?

If there is one BMW model that well-represents the brand, it has to be the BMW 3 series.

quot; Toyotas legendary 2JZ-GTE engineNobody in the history of mankind has ever said, "The E30 BMW

Have you ever wondered how the BMW 3 Series came to be? What was the car that came before the model?

The BMW 3 Series is a well-loved model.

The 2020 BMW M3 and M4 make their final development test on various tracks around Europe.

It is quintessentially BMW.

Could this be the front end of the all-new BMW M3?

Here’s another leaked photo after the rear of the all-new BMW M3 was caught undisguised. 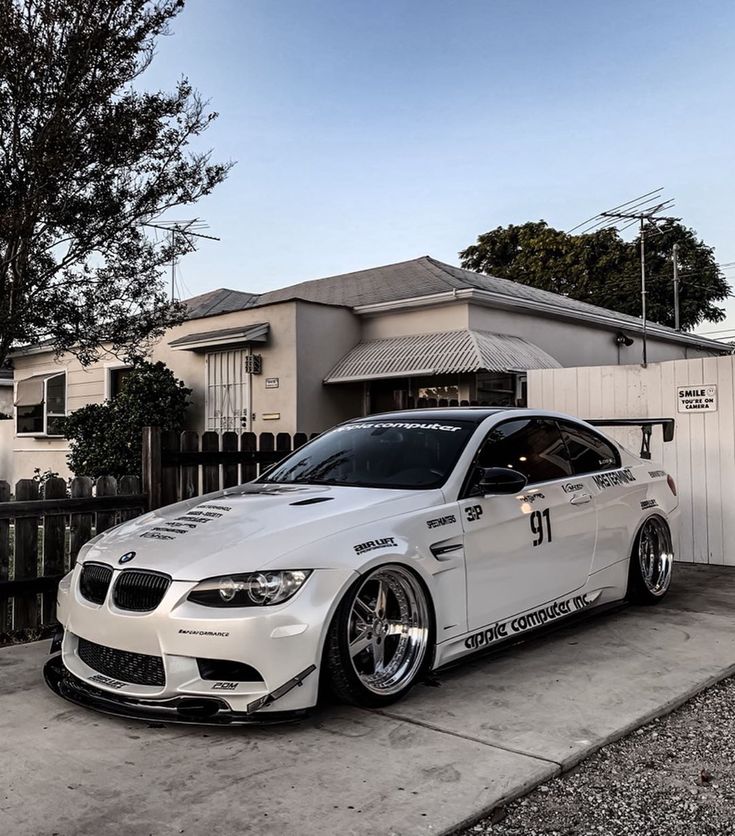 BMW has been chosen by ambitious blockchain tech company, carVertical, to be the test subject for “connected vehicle history reports”. This pilot program will be the first of its kind by sending enriched data and statistics generated by the car itself. Learn More Now.

If there is a snap election then we might see #BorisJohnsonPM revive this campaign slogan from 2005: “Voting Tory will cause your wife to have bigger breasts and increase your chances of owning a BMW M3.”

What cars have the best handling?

So far, in my experience, BMW lives up to its slogan "the ultimate driving machine" in what I would call real world cars. Having been a mechanic for over 20 years, I've had the pleasure of driving a lot of cars, though admittedly very few high-end cars like Ferrari, and when I wanted a car that is unsurpassed in overall performance and handling for my modest budget, I went directly to the BMW M3. Now, every time I see the twisty turns, I grin and drop the hammer.

Are BMWs notoriously overrated because they are ultimately expensive to maintain and unreliable?

I see a lot of answers here about this “Ultimate Driving Machine” nonsense. First off, no one should be repeating the slogans of a corporation. These are corporations that couldn’t care less about us. They’re not our friends, and we shouldn’t be doing their bidding for them. Second, it never was the Ultimate Driving Machine. Yes, BMW from the 1980s through the early 2000s had outstanding driving dynamics. But there were always cars that were better as driver’s cars. Third, yes BMWs are unreliable and expensive to maintain — period. Fourth, the last great BMW that was made was the E9x M3 — which was in 2008. Everything that has come since then has not been substantially different than what you could get from others. There is not a single BMW out there now that is a truly unique vehicle. What was true 35, 25 or even 15 years ago is no longer true today. When the E30 M3 came out, there was literally nothing on the road like it. Same for the E28 M5, the E34 M5 and the E39 M5. There was nothing like the 635csi and M6. There was nothing like the 850. These were truly unique, exceptional vehicles. Now, a 3 series BMW drives like a 4 series Audi drives like a C series Mercedes drives like a Cadillac ATS drives like a Lexus IS and so on and so forth. Also, modern BMWs — with their angular styling, cheap interior and huge, hideous grills — are some of the ugliest luxury cars inside and out on the road. Look at the timeless styling of an E36 M3 or an E39 5 series. Those cars STILL look great after more than a decade. Now all BMW designs are forgettable. There’s absolutely nothing special about modern BMWs. Don’t buy into the hype. And this is all coming from a BMW fan, by the way — pre-2009, of course.

If car brands had honest slogans, what are some examples of what they would be?

Chevy: Used to make fly cars, like the 64 Impala, now makes lame-ass cars Ford: Chevy, only worse. Audi: Mercedes, but better Mercedes: Audi, but worse. Jaguar: Better than Mercedes, worse than Audi Volvo: Nobody knows we exist, but we do to old people. Kia: Volvo, only renamed. Honda: Your first car Acura: honda with a different name Mini: Little cars with big style! Yeah right. Why do we exist again, I don’t know. Saturn: Yeah, your great grandmother used to own one. Lexus: Our logo is what we took. The ,L Tesla: You can’t even afford the speedometer needle, let alone the car Local Motors: One good car, the Rally Fighter. Now we suddenly disappear like the rest of thi BMW: You probably know us from our gucci ass M3 GTR From NFS Most Wanted. Porsche: Hi Pagani: So expensive, you don’t even deserve to know about us Lamborghini: The working man’s Pagani Aston Martin: James motherf—kin Bond Lotus: Lexus but less expensive Cadilliac: Drug dealers. Gang bangers. F—kin lightweights man. Bentley: Mostly sports cars, but there's an SUV or two in there. Ferrarri: We make good cars. Not 6ix9ines though. That sh-ts ugly as hell Toyota: Pompous asses Hyundai: The Veloster is our only decent car, so it got sponsored by Ark Performance Hennessey: Yeah, we held the record for worlds fastest land vehicle. Once. Bugatti: We had a song. But its only for our Veyron. F—k the Veyron, we have a Chiron Bac: Huh? Somebody knows we exist? Alfa Romeo: You don’t deserve to be in its presence. Fiat: Hello. Mclaren: Owner of the greatest trackstar ever, the F1. Also SLR Subaru: One of the best rally cars over. Also SUVs Ill add some more later

Have you owned a BMW? What is the BMW experience to you, compared to their marketing (ultimate driving machine)?

‘Ultimate Driving Machine” is just a marketing slogan- each brand has its own brand following. the thing with BMWs has a reputation for making the best handling road cars. But for me this only applies to certain models. I do think BMW has lost some of its way through the years because frankly they have to keep up to consumer demands such as SUV and crossovers. I still love their cosmetic looks but.. again, it is like a girlfriend you date and not marry. Love the M3 and the Giulia Quadrifoglia but are they worth the maintenance costs? BMW cars are great road cars but several brands have closed the gap. My only problem with them are their high maintenance costs and I wish they could balance what ‘ultimate driving machine’ it means to them- performance or reliability maybe I am just not their target consumer anymore?

How did you choose the last car you bought?

I had a Honda S2000 I drove for the typical three years. That car was nuts- nearly 50/50 weight distribution, 9k RPM redline, 6 gears with a short shifter, fastest up/down convertible top on the market, a 2 litre motor producing 240 HP for a car that weighed practically nothing. It was a go-kart on steroids. The digital tachometer was formula one inspired, along with the sweet red push-button start. Everything in the dash was minimal and driver centered. The car had only the essentials and nothing more. Not even a radio clock. Time didn't matter when you drove this machine. But as I got older, it became tough to squeeze in and out of this pocket sized two seater. I still wanted sporty, but perhaps something with a back seat this time. I dreamt of a BMW. More specifically an M3. What 20 something doesn't. But my bank account suggested I join everyone on planet earth and buy something I can afford. So what's the closest feel I can get to a BMW without breaking the bank? An Infiniti G35, coupe. 298HP at that time was no joke. The M3 put out 333HP. I was so close! Before I offend any BMW drivers with my Infiniti comparison, I'm aware that BMW is the ultimate driving machine and it's not a slogan they take lightly. But for the guy who couldn't afford that e46 M3, that G35 6speed was a damn close second. Now I drive a Schwinn bicycle because LA traffic has conquered me.